2020 has been a year unlike any other, with many industries and businesses having to adapt to functioning in COVID-19 times and golf is no exception to the rule. Despite many businesses closing down in the first quarter of the year, including golf courses for a period of time, the public’s interest in golf and reservations for a day of golf have seen an increase in 2020 as other sports and leagues have been put on pause due to the pandemic, with golf being regarded as one of the safest sports to partake in.

The nature of golf being a social distancing sport to begin with attracted many Americans during the pandemic, as Dave Comaskey, the Golf Operations Coordinator at City’s Golf Service Department claimed this year has exceeded their expectations in terms of players on the course. In the same quote Comaskey said “We started to see a lot of new people to the game that had either never played before or hadn't played in a number of years and just knowing golf was a safe sport to partake in, they joined." He is not an isolated case however, as all golf clubs have seen a significant increase in the numbers of players looking to get some time on the fairways during the lockdown and the numbers continue to impress further in the second half of 2020. He later added that this year’s success reminded him of when Tiger Woods came into the golf scene for the first time and played a major factor in the spike of interest in the sport.

As the year went on even more people started showing interest in the sport, with a poll taken by the Washington Post-University of Maryland in May claiming that 41% of Americans supported their states allowing the reopening of golf courses, a percentage higher than any other business measured in the poll. With high demand, but also a high risk of spreading COVID-19 golf businesses around the world had to adapt quickly. 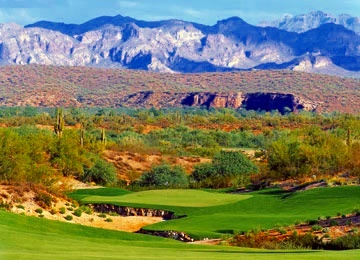 Starting from $141 per golfer per night (Low Season)

The first thing on the list to be COVID-proofed were bunkers, as traditionally golfers would use nearby bunker rakes to maintain the bunkers on the course after hitting the ball inside one, but that meant the rake was used by multiple people throughout the day, something that wasn’t going to work anymore, so here are a few things clubhouses and golf courses around the world did: 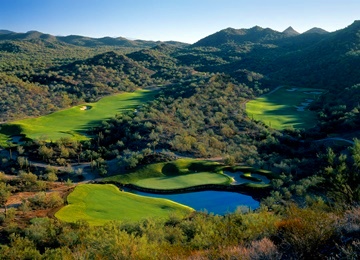 Starting from $118 per golfer per night (Low Season)

Is This the End of the Golf Cart and Flagpole?

Another common thing that is shared between golfers are the carts themselves, which also had some new rules attached to them to keep it safer for players on the course:

Another element of the course that players have to interact with is the flagpole which normally has to be removed when aiming for the hole at close range and then put back in place after the player is done with the course. Here too clubs have found many different ways to address the situation:

On top of the flagpole, there is another element of the game that poses a safety threat, the hole itself, as golfers would have to reach in and grab the ball after each put, meaning the edges of the hole would be touched by many different people over the course of one day, and here we have what might be some of the most controversial solutions among golfers:

Finally, the last element of the game that needed an update was the scoring, which has already been updated in a vast majority of locations as of 2019, now having the ability to keep the score electronically. Because of that many clubs were already prepared when it came to a safe scoring system, but for those who didn’t have an app ready to go for this particular scenario, other methods have been used to keep track of the score such as:

While some of those measures spanned controversy among professionals, the casual players were thrilled just having the ability to safely play golf and relax outdoors, as is the case of Linsey Chamberlin who returned to golf for first time in eight years on Mother’s Day amid a global pandemic and was very pleased with the experience. In a year where a majority of sports have been put on hold, golfing still remains one of the safest ones out there, so if you’re looking for an outdoor activity with minimum risk you can make a reservation at your nearest golf course right now and enjoy a day of relaxation on the green. 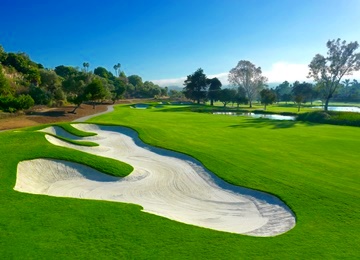 Starting from $271 per golfer per night (Low Season)

What Do Golf Experts Have to Say?

We've asked several golf experts about their opinion on Covid-19 affected the golf vacations scene, recommendations for a safe return to play, and what the future of golf may have in store. Here's what we've asked them and how they've responded: