#AskSean: Is Pasatiempo Golf Club as Good as They Say AND Should We Add it to Our Pebble Beach Trip?


For the average or normal golf-enthusiast, when hearing 'Pebble Beach', they would obviously know exactly what is being talked about. Stating the obvious, of course. Heck, it's even safe to say that non-golfers know exactly what you are talking, but when you say 'Pasatiempo Golf Club', even some of the most avid golfers and traveling golfers don't know what and/or where it is.

That's what we're here for, to tell you what Pasatiempo Golf Course is about, why it's a must play, and, well, basically you will be kicking yourself for not doing so if you have been out Pebble Beach/San Francisco/San Jose way.

Starting from $934 per golfer per night (Low Season)

1. It's an Alister MacKenzie Design

Yeah, you say (and probably so what!). Alister MacKenzie is the guy that happened to be a part of the design team, along with Bobby Jones, of a little 'ole course you may have heard of Augusta National Golf Club, where they play a little 'ole tournament every April called The Masters (Learn how to get Masters Tickets).

Alister MacKenzie designed this gem -Pasatiempo in 1929- and as of today it consistently holds its spot at #3 of golf courses you can play in the state of California (Golfweek Magazine), behind only Pebble Beach and Spyglass Hill.

Obviously, just because this is a MacKenzie design does not necessarily mean that golfers are going to flock to it to play (It should mean that!). Personally, if given the opportunity to play any of his golf courses, I would most certainly jump at the chance to play.

Really, I guess this sums it all up when I say that it is widely noted that Pasatiempo was Alister MacKenzie's personal favorite golf course design (not too shabby coming from a guy that had a hand in Augusta), so much so that he had a home built along the 6th fairway to keep a 'close watch' over his precious golf course.

"Let me just say that if you come to NorCal and don't play Pasatiempo you're making a grave mistake. It's a spectacular course, def Top 100....Interesting, varied terrain; wild greens; artful bunkering; endless mix of shots; the ghost of MacKenzie; fun/walkable. What's not to love?"

2. A Classic lLayout that Has and Will Continue to Stand the Test of Time & Technology

From a golf course layout and shot-making perspective, I would say that it truly does not get any better than Pasatiempo. No, it does not have the spectacular views as does Pebble Beach and Spyglass Hill, but everything else is about it is at the top of its class. From the opening tee shot, where you do happen to get quite the view from an elevated tee, to the final hole, Pasatiempo is an exceptional test of golf.

Recently undergoing a bit of a facelift on a few holes, compliments of Tom Doak, it has only increased the quality of the layout. Furthermore, everything about Pasatiempo is right in front of you. What you see is what you get, which in turn, only makes the overall golf experience to be that much better.

With the perfect mix of variation of lengths of golf holes, rolling fairways, excellent bunkering, and fantastic greens to putt on, Pasatiempo has pure fun (and, as previously stated, pure golf) written all over it! There is never a dull moment at Pasatiempo as it truly does test every facet of a golfer's game, which in turn makes any and every round of golf there different and that much more enjoyable.

To add even more enjoyment, our recommendation a day at Pasatiempo would be to make it a 36-hole day. If I have one regret with the golf courses I have played, it is that I only went around Pasatiempo once, so don't make that same mistake!

Don't Miss Out on Pasatiempo

With our partnership with Pasatiempo Golf Club and great savings, we can add it to any part of your Pebble Beach golf vacation. As it is perfectly situated at the halfway point between San Francisco Airport and Pebble Beach, the ideal scenario is to play it at one of the bookend days of your golf trip.

Personally, I can think of a better way to start any golf vacation!

When filling out the request form for your Pebble Beach golf vacation, be sure to ask us to add Pasatiempo Golf Club to your golf itinerary. 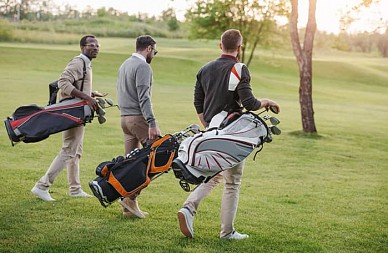 The Most Popular Golf Formats Explained 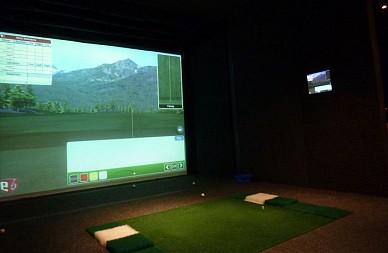 Virtual Golf vs The Real Experience 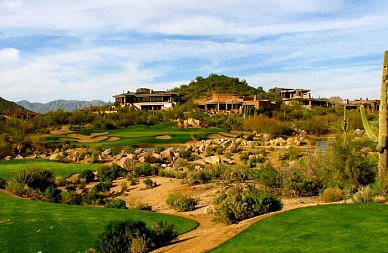 #AskSean: We're Planning a Buddies Golf Vacation and Never Been to Scottsdale, AZ - Why Should We Go There?