The Most Remarkable Golf Records in History


While some golf records are there to be broken, others appear insurmountable. For instance, Matteo Manassero won't remain the youngest winner on the European Tour forever, but it's inconceivable that someone else will ever spend a longer period on top of the world than Tiger Woods. Golf is already one of the most challenging games in the sporting world, which makes setting records even more difficult. Considering the unpredictable nature of professional golf, making predictions is quite risky. Nevertheless, there have been some truly outstanding records throughout history. The following are seven amazing golf feats.

Any golf player's objective is getting in a round below par. However, coming in at sub-60 shots is a dream. Jim Furyk currently holds the record for 58 at the Travelers Championship in 2016. During the game, he hit ten birdies, one eagle, and seven pars. His first birdie came at the second hole, holing a 16-foot putt. At the third, Furyk hit his drive 285 yards down the fairway, holing out for an eagle. The player holed a 16-footer for a birdie at the eighth hole, then closed out the front nine by hitting his second shot into the ninth green for his fourth birdie in a row. He made the turn in 27, one off the PGA Tour record set by Corey Pavin in 2006.

2. Most Wins on One Golf Course

Unsurprisingly, Tiger Woods takes up the podium for this incredible record. The world's greatest player has won the most times, not just at one course but three. He has enjoyed eight victories at Bay Hill Club, Torrey Pines Golf, and Firestone Country Club. Tiger Woods holds the record for the most PGA Tour wins on a single course with eight wins. Jack Nicklaus, Sam Snead, and Alex Ross are runners-up with six wins on one course.

Getting two under par at a hole is, undoubtedly, one of the most difficult feats in golf. There are only 16 in the entire Major championship history. Louis Oosthuizen hit the last at the 2012 Masters on the second hole. This is a golf record because it was only the fourth double in Masters history and the first ever at the second hole. Interestingly, only one golf player has been able to repeat this feat – Jeff Maggert scored a double eagle in the fourth round on the Masters on the par 5, thirteenth hole in 1994, and did it again on the par 5, sixth hole of the Open Championship in 2001.

Mikhail Tyurin, a flight engineer from Russia, teed off during a six-hour spacewalk outside the International Space Station in February 2006. NASA estimated that the ball would orbit for about three days before burning up in the atmosphere, achieving a distance of 1.26 million miles. Still, the Russians were more optimistic and put their estimate at 460 million miles. Nevertheless, the world record for the longest drive in a competition recognized by Guinness World Records is 515 yards, which was achieved by 64-year-old Mike Austin in 1974 at the U.S. Senior National Open Qualifier with a 43.5" steel shafted persimmon wood driver. The record distance accomplished in the European Long Drive Championship was 473 yards by Allen Doyle in 2005.

The fastest golf round to ever happen was completed in 13 minutes and 42 seconds. To make this record possible, a team of 80 golf players was placed around the 18-hole course, each doing their part to make the time. The record was achieved at Farnham Golf Club in Surrey, UK. When it comes to conventional golf, the record for the fastest round is 11 minutes and 55 seconds. It was achieved by Zwartkop Country Club members in Centurion, Gauteng, South Africa, in 2022. The record attempt also raised funds for a charity in the country.

6. The Most Played Holes in One Year

In just one calendar year, Chris Adam managed to play a whopping 14,626 holes. The Canadian golf player accomplished this record at the King Kamehameha Golf Club in Wailuku, Hawaii. Nonetheless, it's important to note that Nolan Krentz, a man from Wisconsin, has just set the unofficial world record for the most golf holes played in a calendar year at 17,820. Each morning, Krentz wakes up, drives to Norsk Country Club, and plays as many holes as possible. He is not in the Guinness World Records because it would require a logbook and witnesses for the record to be considered official, and the man is too busy playing for any of that.

It might come as a surprise, but some people race golf carts. The fastest one was driven by Robby Steen at the Darlington Dragway in Hartsville, South Carolina, in 2014. It was owned by Plum Quick Motors. The golf cart, named Bandit, reached a speed of 118.76 miles per hour, setting a world record for the fastest golf cart ever. To understand how fast the golf cart was, it's important to remember that the average speed of these vehicles is between 12 and 14 miles per hour.

Golf is a sport in which you can achieve incredible feats and push yourself to the limits of your ability. Our list is by no means comprehensive, as these are only some of the most impressive golf feats in modern history. However, if you're looking for a new challenge, now you can get some inspiration from these golf records, although we must warn you – it's going to take a lot of work, time, and effort to break any of these feats, even if you're a professional player. 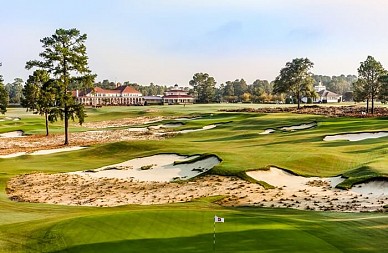 #AskSean: Is the NEW Cradle Course at Pinehurst Resort REALLY that good? 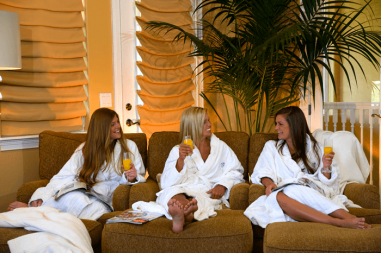 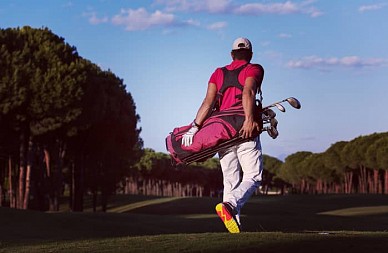