The Most Popular Golf Formats Explained


Unlike many sports, golf can be played in numerous ways, depending on the number of players, your preferences, and the number of holes on the course. This is perhaps one of the best things about golf and what makes it unique. You can play golf in over a dozen formats, each with its own set of rules, thrilling elements, and challenges. If you want to host a mini-tournament with your friends, here are 12 awesome golf formats you can choose from.

As one of the most common ways to play golf, stroke play entails playing on a course with 18 holes. It is a cumulative score competition where the player with the best overall score after all 18 holes wins. In stroke play, you go up against the course and try to outplay your competitors. Stroke play is the opposite of match play, as you are competing against the entire 18-hole course instead of having a hole-by-hole competition. You are playing a whole round of golf against your competitors and trying to beat them by having a better score.

This is a hole-by-hole competition where the player who has the best score on the individual hole wins that hole. It is the opposite of stroke play. Ultimately, the player who wins the most holes throughout the match is the winner. You go up against your opponent in a head-to-head competition in match play. You face your opponent straightforwardly with this golf format instead of going by the entire round basis. It is important to mention that you can compete in a match play either as a player or team.

Also known as "Better Ball", this golf format involves teams of 2 to 4 players. It can be played as a match or stroke play. Each member of the team plays their own ball throughout the game. After each hole, the lowest score from each team member is the team's score on that hole. At the end of the 18 holes, the team with the lowest score wins. Strong players, low handicappers, or scratch players can play individually against a team of 2 or 3 people if they opt for the best ball format.

This format is also known as "foursome". It is based on teams of 2 players, and players from each team alternate shots on each hole throughout the 18 holes. Team members alternate who hits the tee shot on each hole. For instance, in team 1 with golfers A and B, on hole 1, player A tees off, B hits the second shot, A, the third shot, and so on. This is where the name of this format stems from, as each player hits alternately. Alternate Shot tends to prevail at the more traditional golf clubs.

Scramble games involve teams of 2 to 4 players. In this game format, each team member tees off on every hole. After the initial tee shots, the team chooses the best shot out of their teammates, and subsequently, each team member plays their next shot from that spot. This goes on throughout the rest of the shots on that hole, including putting. A player can place the ball within one club-length of the spot of the best shot but not closer to the hole. This format is often played as stroke play, and the team with the lowest overall score after the 18 holes wins. The Scramble format is also known as "Texas Scramble" or "Florida Scramble".

This format is played with teams of 2 and uses a better ball scoring method. It can be played as either stroke or match play. Each player has their own ball during the entire game. In match play, at the end of each hole, the player with the lowest score wins that hole for their team, earning a point. The team that has the most points at the end of the round wins. When it comes to stroke play, the team's score on each hole is that of the lowest-scoring team member. The team with the lowest score wins.

As another popular golf format, Bingo Bango Bongo rewards players on 3 premises of each hole, namely, the first player in each group to get onto the green receives 1 point, the player to hit the closest to the hole once everyone is on the green receives 1 point, and the last point is given to the first person who holes out. It can be played as a team or individually. All shots are taken depending on which player is furthest away from the hole. The one with the most points at the end of the game wins.

A Shamble golf round can be played with teams of 2 to 4 members. Each player tees off on every hole. The team selects their best drive, and each team member plays their second shot from there. Following the second shot, each player uses their own ball for the remainder of that hole. For example, players A and B are on a team, both A and B tee off, and A hit the better drive, so they take their second shot from A's spot. Both A and B hit from A's spot and play their own balls throughout the rest of that hole.

Also known as "Pinehurst", the Chapman format involves teams with 2 members. It merges the styles of multiple formats into one. Each person takes a tee shot, then the teammates switch balls and play each other's drives. Afterward, the team selects the best of their second shots and plays from that spot. The player whose shot was not selected must play the third shot, which means the teams may choose their best ball based on who will hit the next shot. The team alternates shots following the third shot until the ball is holed.

The Stableford format is a stroke game that can be played individually or as a team using a points system in which the main goal is to gain the highest score. It uses a points system established in the Rules of Golf, under rule 32, as follows:

If you are interested in playing golf in the Stableford format, you can find a detailed article here.

A flags game has a format in which each player starts the round with a designated number of strokes and plays until they run out. Each player in the game carries a flag with their name as they play and marks where their final shot landed with it. The person who makes it through the course the farthest using their designated strokes wins. It is worthy of note that the number of strokes a player starts with is established using the player's full or partial handicap. When using full handicap, there is a higher probability many players will make it through all the 18 holes with strokes still left. If this is the case, players with remaining strokes will return to the first tee and continue the game until they use up all their strokes.

This format can be played individually or as teams. Each hole is worth a skin. The player with the lowest score on a hole wins the skin. If two or more players tie, no skin is awarded. Instead, the skin is brought over to the next hole. The player who has the most skins at the end is the winner. Additionally, you can award skins for achievements on each hole, such as:

Having so many options regarding the golf game format can make playing very exciting, and by alternating formats now and then, you and your friends can make sure you will never get bored. What is even greater is that some of the formats presented in this article allow you to add your own rules and variations to the game, making playing more fun and maybe even more challenging. 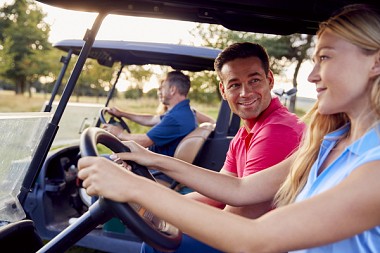 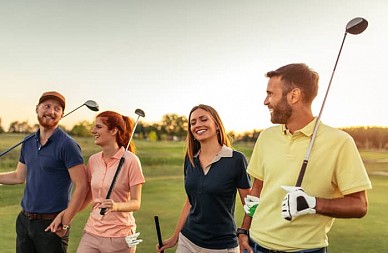 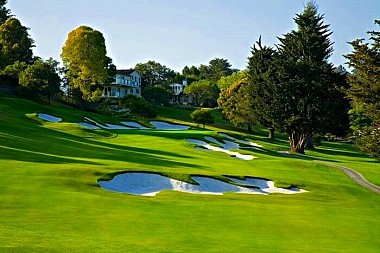 #AskSean: Is Pasatiempo Golf Club as Good as They Say AND Should We Add it to Our Pebble Beach Trip?